Don’t Read About Science. DO Science. 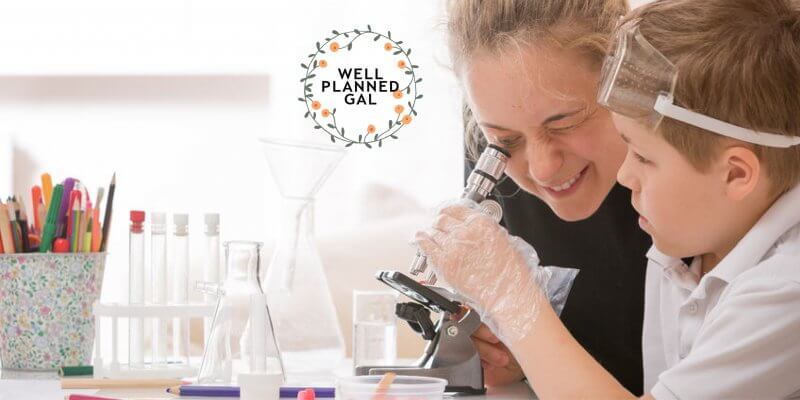 I’m not a big fan of textbooks.

There. I said it. I think that giving a kid textbook before high school may be some sort of cosmic brain trust crime. And I’m not just talking about science. I grew up on history textbooks that took amazingly exciting events, then distilled and regurgitated the information till it was little more than dates and something like wah, wah-wah, wah-wa-wa-wa. (Tip o’ the hat to Charlie Brown.)

Not only were there amazing books of fiction, non-fiction, and biography that could have enlivened our studies, there was all the stuff written by people who were actually there (otherwise known as primary documentation) that could have been read. (Tip o’ the hat to the Notgrass History program that actually incorporates all these elements exceptionally well.)

So back to science.

In our twenty or so years of homeschooling, if we didn’t use textbooks till high school, how did I wind up with such science-loving kids? How did one fall in love with engines and combustion (the current “project” in our garage bay bears testament), while another is finishing up her senior year of getting a college degree in chemistry? How? By doing science, rather than reading about it.

We did fun and interesting sciencey things all the time.

You get the idea.

We basically saw science as a giant playground. This approach to doing science encouraged questions. Any question of why or how that arose was attacked, studied, tracked down, experimented upon and fleshed out till some new understanding emerged.

So, you might wonder, am I talking you out of buying science things? (All the science vendors hold their breath . . . ) On the contrary.

We were happy to include science stuff in our school budget, but it was more likely to include things like dissectible owl pellets, rock tumblers, really good microscopes (one lower powered for dissection, one higher powered to see the really tiny stuff), models of dinosaurs, a very cool electric circuitry board, a game and a song teaching the elements in the periodic table, a butterfly house and larvae, videos, videos and more videos (including LOTS of Magic Schoolbus), a telescope, mushroom growing kits, sciencey computer games, plush toys made to look like various microbes (our favorite was the e coli. So cute!), a magnet that would pretty much pull out your metal teeth fillings, and lots more.

When we did buy books they tended to be about a specific topic (crows, weird weather events, the technology behind finding the Titanic) or loaded with experiments to amaze and astound.

I’m not saying you should never buy a textbook, but it shouldn’t be the lifeblood of your program. Use it more to sort of pull concepts together. Reading about science is okay for some of the time. For the other 95% of the time, just have a blast doing science.

There’s a big playground out there just waiting to be explored.

Carol Barnier would love to share that it was a dream since childhood to be a writer. It sounds so purposeful, even noble. But it’s closer to the truth to say she fell into it. She gave birth to a very ADHD child. Once she learned some valuable things about how he learned and thought, she felt they were worth sharing, but only via a sweet and humble little website. And, as can sometimes happen, one thing led to another (the website led to books which led to speaking invitations) and a new career path was formed. To her surprise, she found she had a lot to say about a lot of things. But as Shrek says, “Sure, he talks. It’s gettin’ him to shut up that’s the trick.” Find out more at carolbarnier.com.