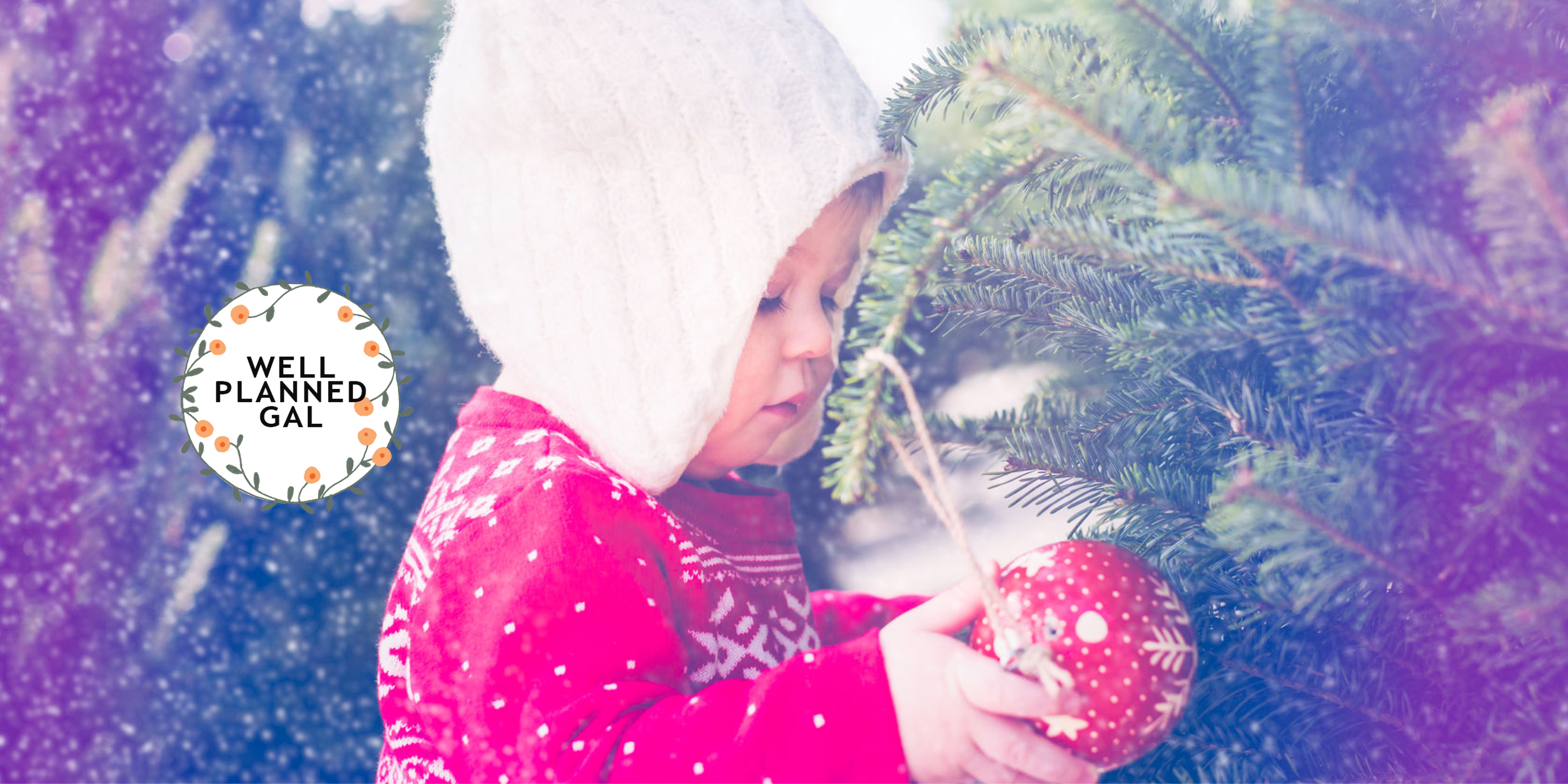 Every year I regale you lucky ducks with our near-death experiences during our annual Christmas Tree Hunt. Every year is different, seeing as how we’re gypsy wannabes who can’t stay put or go to the same mountain every year (pfft! Where’s the challenge in that?), but one thing remains the same: Something will go hideously wrong.

Chopping down our own tree is a family tradition that began, I suppose, when I was but a wee babe, tucked in my Papa’s flannel jacket while Mama sprinted ahead “just around that one last corner.”* The menfolk in my family tend not to enjoy this particular tradition for some reason (something to do with missing football and lugging back a tree the size of Mt. Kilimanjaro), and they will more than likely morph into the dad from A Christmas Story when he loses his cool over the furnace and weaves a tapestry of profanity that still hangs over Lake Michigan to this day. I’ve seen the tapestry. It’s stunning. But tradition is tradition is tradition, and if they don’t want gravy in their stocking to go with their coal, the menfolk will oblige the womenfolk and the childrenfolk.

Having lived in Wyoming, Idaho, and Michigan—places where it gets rather cold and snowy to say the least—we were pleasantly surprised to trek through the Southern Oregon dirt and mud this year instead of through snowbanks up to our armpits. We’re used to losing our middler, Anna, who is rather vertically challenged, and only seeing the tips of her pigtails sticking out of the snow. Face it, we’ve lost dogs altogether and possibly one grandpa. Holidays come with sacrifices, guys.

So, this year…it was fast! It was not cold! There was no whining! The car didn’t get stuck! We didn’t get lost! We remembered snacks! We only had to drive a mere thirty minutes! We were back in under two hours!

I had even asked for time off from Nutcracker rehearsals from my day job as a ballet teacher so I could dedicate the whole day to our tree hunting. My boss looked at me and asked if there was a death in the family to warrant such an absence twenty days before Nutcracker. There might be, I replied honestly, there’s always that risk.

So, the problems didn’t rear their ugly heads until we got home. Then we came to understand a Christmas Nugget of Truth:

Some trees look smaller when they’re on a mountainside then they do when you try to fit them in the living room.

Also, we’re hoping forest service officials won’t dust the stump for fingerprints because we may have lopped off more than the designated amount. Whatever. Let’s not split hairs.

Let’s just say there was some pruning going on. (If you’re interested in limbs and branches that could be fashioned into a nice wreath for an ogre’s front door, please message me. You haul. No, really, I mean it. You’ll need a U-Haul).

Eventually, we got the tree whittled down to a nice holiday Redwood size and set up. The lights went on. The gold beads went on. All the ornaments (all 2134897.5497 of them) went on. The stockings were hung by the chimney with care. I in my kerchief and Dad in his cap had just settled our brains for a long winter’s nap (or a rerun of Everybody Loves Raymond).

Then it happened. I walked by our Christmas tree. We’ll never know if my pajama hem brushed the branches or if I breathed too heavily or if a cold north wind was blowing through a window, but suddenly—

I found myself being leaned upon and the feeling was somewhat terrifying. And pokey.

Luckily, I broke its fall with my 5’3″ body. (I’m sacrificial like that). Also, I have a child who faints, so I’m accustomed to holding out my arms at a moment’s notice and catching airborne things.

I yelled for my handsome prince, and he came running (after he quit laughing at the sight of his beloved being eaten by a glowing Blue Spruce). We pushed the tree back up, carefully trying not to add onto the Michigan Tapestry as we did so. We tried nailing fishing line to the wall—an old trick used by cave men for their Christmas trees—but we only had the world’s smallest and most ineffective nails and the line slipped right off. Plus, the weight of our tree snapped the line. Then we realized our tree stand was busted. This explained some things.

We had to undecorate the tree on the same day we decorated it.

Then I went and bought a new stand.

Then I came home and started over. By now the children were over it, had eaten all the sugar in the house, opened half the presents, and were passed out in a pile of decorations. By now, my husband was over it, had eaten the rest of the sugar, was frantically going through the DVR looking for a missing football game, and had passed out in a pile of children.

Approximately two years later, we had our Christmas tree.

And it was glorious.

*”Just around that next corner,” is a misnomer used to fool anyone who is dragging their moon-booted feet. There’s always another corner.

Melyssa Williams writes when she isn't reading, or dancing, or distractedly homeschooling. She is a ballet teacher by day, and a YA author by night. A second generation homeschooler, Melyssa has fond memories of sitting in trees reading books, and in keeping with the tradition, sticks her kids in trees with books frequently. She is the author of the Lost trilogy, a collection of short stories, and is currently working on her first steampunk novel: a retelling of the Nutcracker titled The Clockmaker's Apprentice. Learn more about Melyssa and her books by visiting her website. She loves connecting with her readers.