If I Can’t Vote, What Can I Do? A Kid’s Guide to US Elections 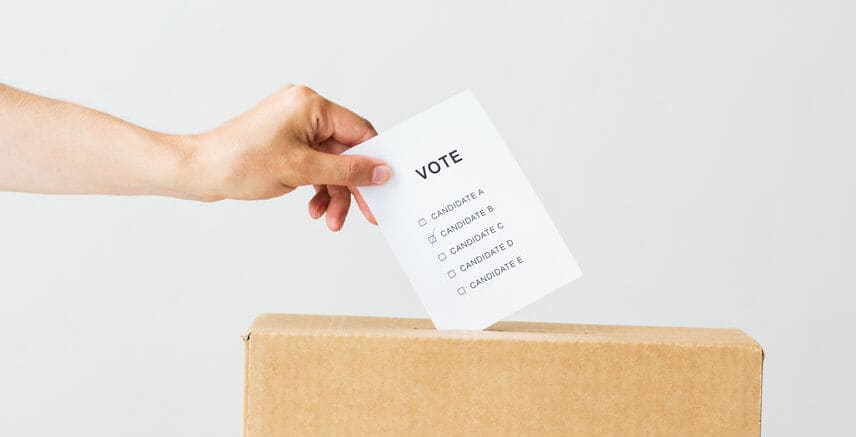 It’s an election year, and in typical homeschooler fashion, you’re probably injecting a little civics and American government into your homeschool lessons and family conversations. Your kids may be getting energized about how the election process works and even choosing their favorite candidates.

What a disappointment when they realize they can’t vote until they are legally adults! While some states like California allow registration and pre-registration for sixteen-year-olds, all states require you to be 18 to vote on election day.

Curb their disappointment with these alternative ways kids can get involved in the election process.

Sonlight’s Election Headquarters makes learning about the American government doable and fun in your homeschool, or as a supplement to any curriculum! Get started with the free Elections Unit Study. Or cut, color and glue your way to understanding elections with the US Elections Lap Book. Finally, lay the foundation for American History with our NEW Kindergarten American History curriculum.

1. Learn the History of Suffrage

The right to vote is a special privilege. Teach your children about who has the right to vote and how that changed through history. Here are three talking points to get you started:

“Those who fail to learn from history are condemned to repeat it,” Winston Churchill said in a 1948 speech to the House of Commons, modifying the words of writer and philosopher George Santayanain.

To state it in simple terms: Those of us wanting to make a difference need to study history to avoid repeating mistakes made by those before us.

Change that works results only when it’s initiated, implemented, and supported by informed citizens. Kids don’t need to wait to vote to make a difference. They can learn more about our nation and the rest of the world now.

A solid American history curriculum will help you guide your kids. You want one that isn’t afraid to clearly point out the Christian foundation of the nation but doesn’t whitewash America’s mistakes with a false brush of superiority.

3. Learn How the American Government Works

Our government is a democracy—an intricate system of checks and balances which protect the American people from any one branch having too much power. The result is a government that isn’t always easy to understand or quick to change. 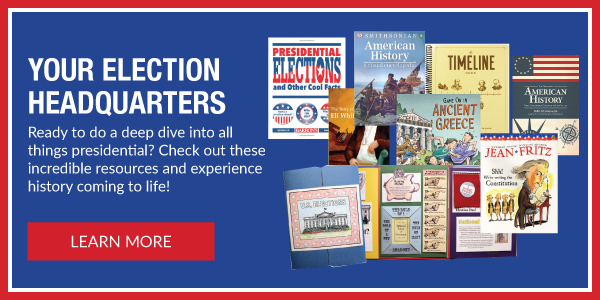 Sonlight’s Election Headquarters makes learning about the American government doable and fun in our homeschool. We started with the free unit study A Guide to Elections. My daughter got so much out of it that we will be moving on to the US Elections Lap Book next.

Here are some additional suggestions:

While an incumbent president makes for an exciting election, not all politics takes place in the White House. Research local ballots where laws have a direct effect on your day-to-day life.
– What offices are up for election?
– Who is currently in office?
– Who are the candidates for this election?
– What is the role of those elected offices?
– Which candidate do you think would make the best choice? Why?

Make discussion about current events part of your homeschool day. Conversation starters regarding policy and activism can be pulled from hot topics such as:
– education
– environmental issues
– gun rights and gun control
– asylum, immigration, and border security
– healthcare

A simple internet search can help you find news sources created specifically for children. Of course you will still want to pick and choose articles that are the most appropriate for your family and have lots of careful conversation to help your children make sense of what’s happening.

What are your kids most passionate about? They don’t have to wait to vote to take action. Homeschooling gives us more flexibility. Take advantage of it! Here are just a few ways kids can make a big difference.
– Fund-raise or contribute.
– Raise awareness.
– Volunteer.

Need some inspiration? Take a look at these stories:
– How this teen raised $70,000 for his community by organizing basketball games
– A passion to save gorillas makes one 11-year-old a ‘hero’
– She’s only 10 and already making a big difference in cleaning up the beaches
– This 9-year-old learned the Heimlich maneuver. The next day, she saw her friend choking.
– Kindergartner with arthritis starts crayon drive to help other sick kids

Having a calm conversation about electoral candidates and their platforms is a skill many adults have yet to master. Emotions run high at election time. In addition many individuals are fiercely secretive about their opinions and may not be open to frank discussion of political views.

Here are ways for concerned and informed homeschoolers to be heard.
– Volunteer for a local campaign.
– Distribute flyers or hold signs at a polling location.
– Write a blog post or letter to the editor.
– Privately converse with amenable family and friends.
– Join a local or homeschool co-op debate club.

One of the most powerful and supportive actions an adult or minor can take during election time is to pray for those who have undertaken a political career. Winning an election puts a person in a unique position of power. Sometimes it can be very hard to use that power for good. One of the greatest things we can do for those in elected office is to pray that they are honest and make decisions consistent with God’s teachings.

Homeschooling gives us the freedom and flexibility to dive deep into the upcoming presidential election. Get informed, get active, and express your faith as a family! After all, voting isn’t the only way to make a difference. Sonlight’s complete Intro to American History program takes two full years. But not everyone feels they can spend two years on American History. This one-year condensed program is the answer to that dilemma.

Sonlight’s 120 American History course offers a fascinating look at the ups and downs of the nation’s past. As your children transition to independent learning, they will examine the events, people, and debates that molded the United States.

Erika is living a life she never saw coming and couldn’t be happier. As a veterinarian turned homeschooling Mom, she is loving learning with her three kids. She shares her homeschool journey and connects with other Moms at Pray Species.

Sonlight is a complete, literature-based, Christian homeschool curriculum with every subject for students from preschool through high school. Our curriculum uses a variety of materials to deliver an engaging and complete education that extends beyond textbooks and memorization: literary fiction and nonfiction, biographies, illustrations, and hands-on experiments. These resources come with thorough lesson plans and notes, so that you can enjoy successful homeschooling. Customers who buy from Sonlight enjoy a liberal arts education that produces critical thinkers who are ambassadors for Christ with a heart for the world.