Are We Too Late? 2 Tested Early Learning Trends 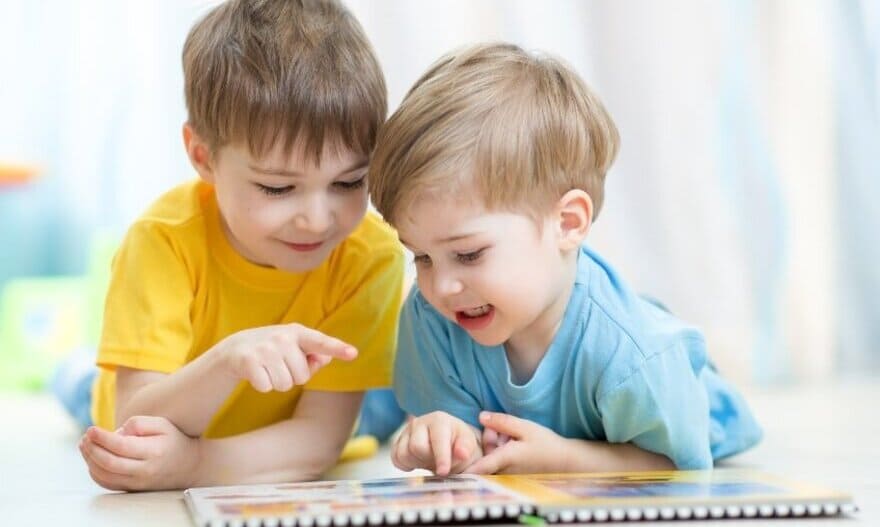 We live in a culture where, not only do we want to keep up with the Joneses, we want to be better than them. Social media has made this problem almost epidemic. And, though we homeschoolers tend to buck the system in many ways, we are not immune in this case, especially when it comes to early learning and development.

Earlier is better in this vein of thinking. And it extends right into our schoolwork as well. Children are pushed to learn academic skills, especially reading, at a very young age. In public and many private schools, students who don’t attend preschool at three are already considered behind. So, what if your little one is turning five and doesn’t know the alphabet yet. Is it hopeless?

Whether we realize it or not, these questions tumble around in our minds and impact us strongly as we sit down to choose early learning curriculum, create goals, and highlight our benchmarks. They affect all of us, even those of us who consider ourselves strong and independent in our mindset, capable of making decisions without being influenced by others.

If we’re not careful, they can lead us to set unhealthy goals and benchmarks that set ourselves and our children up for defeat and struggle instead of success.

How do we combat this tendency? By arming ourselves with other knowledge that helps us be wise in our early learning planning.

Until recently, kindergarten was a place you went half a day to gently learn how to be in school, your letter sounds, and how to count. Much of the class time was spent in play.

Gone are the early learning dress up corners and play kitchens of the past. Today’s kindergartners spend their time seated at desks with the expectation that they will be reading by the end of the year. In fact, today’s kindergarten is essentially yesterday’s first grade. And the push to start academics even younger keeps coming.

The question is, does starting early make us better readers? This is a difficult issue to study. Some students who receive early reading instruction would have learned just as well without this approach, while others struggle even after receiving early instruction. And there are risks to starting reading instruction too early.

Children who have formal reading instruction early, especially when combined with a large amount of testing, lose the joy of reading. Instead, reading becomes a chore that needs to be performed.

Children develop at different times, with a large range of development being completely normal. Young children who are forced into formal reading instruction before they are ready may lose confidence, encouraging reading problems later on. This becomes a self-fulfilling prophecy.

Because they were not ready to learn to read, they believed that they couldn’t. And even when their maturity catches up, they already believe that they have a reading problem, so it continues.

Too much emphasis on reading instruction during the early learning years takes away from other important skills, such as life skills and motor skills that young children need to learn.

Dr. Ashlesha Datar, a social scientist at the RAND Corporation, conducted a 2006 study comparing children entering kindergarten at the generally accepted age to those whose parents held them out for a year.

So, did starting a year later increase the children’s potential? Of course not. The extra year simply allowed them to mature and be ready for the type of instruction being tested.

In New Zealand, several early learning studies were conducted that compared students who started formal reading instruction at age five with those who started at age seven. These tests showed that not only does early instruction not improve reading development, it may in fact be damaging.

By age eleven, there was no discernible difference in reading ability between the two groups. However, the group that began instruction at age five had less positive attitudes toward reading. In fact, research comparing the reading achievement of fifteen-year-old students across fifty-five countries found no significant evidence that starting early brings any benefits at all.²

So, what does this mean for homeschooling families and their approach to early learning?

Many studies suggest that the single greatest contributor to both a love of reading and reading achievement is how much the child has been read aloud to. Homeschooling allows for lots of reading aloud!

Also, one of the greatest benefits of homeschooling during the early learning years is the ability to follow your child’s lead when it comes to his education.

Look for readiness before attempting formal reading instruction. And if you start, only to discover your child isn’t ready, put the formal books away and spend some time reading aloud, playing games, and taking nature walks. Then pick it back up again!

And this is where your benchmarks come into play. During these early learning years, putting books aside in favor of read-alouds, games, and nature walks will mess with your neat plan and your well-planned benchmarks. You’ll have to restructure them. And that’s okay. In fact, it’s not just okay, it’s good. It means that you’re paying attention and learning what is best for your child.

At a recent homeschool meeting, several moms were discussing the days of teaching reading to their now teenagers and young adults. Many of them had at least one “late” reader. And yet, all of these students were currently doing well.

Two of the young adults were successful college students who were on the Dean’s list every semester. Another runs a successful business. In all cases, the late reading was not an issue by the time the student was of high school age. Was “late” too late? Not at all.

At age eight, Stephenie McBride developed a life-long interest in teaching others. She taught English as a Second Language and Kindergarten in a public school for six years. Stephenie and her husband, Ben, adopted their two children from Kolkata, India, in 2000 and 2004. She has been an at-home parent and home educator since 2001. They use an eclectic mix of materials and approaches, with a strong emphasis on Charlotte Mason. Stephenie is the Assistant Editor of Publications for Home Educating Family Magazine. She also created and writes for Crestview Heights Academy Homeschool Curriculum. You can read more about Stephenie and her eclectic homeschooling adventures at crestviewheights.wordpress.com.